The Harrington is not your average British car. In a country where British car spotting is a rare sport akin to bird watching, the Harrington Alpine is the Great Albatross: known by experts, part of a larger legend, and rarely seen this far inland. 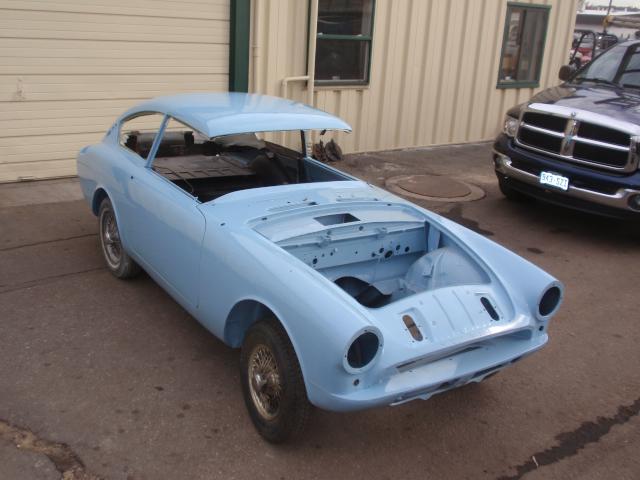 The Harrington is in fact a Sunbeam Alpine modified by the coach building company Harrington, Ltd in the early 1960s. Harrington Ltd specialized in designing coach bodies throughout the early 20th century. In the 1960s, they expanded operations to include fiberglass hardtop conversions for Sunbeam and Triumph. Sunbeam didn’t offer a GT version of the early Alpine, but in Britain it wasn’t uncommon for other companies to modify models post-production. This was the case with the Harrington. The Harrington Alpine, the first iteration of the series, took a Series II Alpine, modified the rear section, and added a fiberglass hardtop. This hardtop was accompanied by a new rear bulkhead and boot lid, making it a true conversion, not simply an accessory. Approximately 110 of these custom made Harrington Alpines were produced between late 1960 and 1961.

In June 1961, the Harrington Alpine raced at Le Mans and surprisingly won the Index of Thermal Efficiency Award. In honor of this achievement, Harrington’s next Alpine model, introduced in October 1961, was named the Harrington Le Mans. This version, still using the Alpine Series II body, was a visual departure from the earlier conversion. It removed the distinctive fins from the rear of the Alpine body and added vents in the rear quarter light windows. These ‘gills’ greatly change the overall look of the Harrington. Riding high on the success at Le Mans, 250 Harrington Le Mans were projected to be built, though most sources agree that such a target was never hit. Of those 250 projected, half were slated for export to the US. Unlike the earlier Harrington Alpine, the American version of the Le Mans was standard made, and came complete with overdrive.

New Model of the Harrington 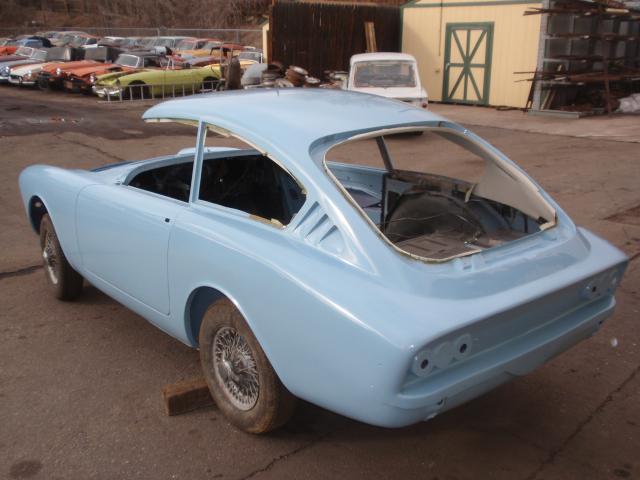 In October 1962, Harrington also introduced the “C” series, at the same time that the Harrington Le Mans was in production. Only about 20 of these cars, with restored fins of the Alpine Series II and a more refined back end, were produced.
In January 1963, the new Alpine Series 3 was introduced with several new features and improvements, including a split gas tank, taller fins, and a redesigned trunk. These changes meant that the fiberglass conversion used by Harrington needed to be redesigned to fit the new Alpine body. The top also fit the Alpine Series IV, so the conversion for both chassis are called “D” series. Approximately 6 conversions were produced for each chassis This low production of the later Harrington series may be due to Alpine’s introduction of a GT model with the Series 3, which was continued into Series IV. Simultaneously, Harrington Ltd was taken over by Robins & Day (owned by Rootes), which changed the focus of the company. While in the early days of the takeover, the tops were still produced by Harrington, Robins & Day eventually took control of manufacturing. As a result of the change of hands, Series 3 Alpine conversions were produced by Harrington while Series IV Alpine conversions were produced by Robins & Day. In late 1964, Robins & Day ceased production of the Harrington conversion, and by 1966, Harrington Ltd was shut down for good.

It’s estimated that Harrington produced approximately 384 Alpine conversions over 5 years of production. This extremely limited release makes it a collector’s dream car today. The Harrington Alpine Registry carefully tracks all known Harrington cars, including pictures and restoration status when available. The Harrington Le Mans owned by Sports Car Craftsmen was built in late May or early June 1962. Its serial number identifies it as a left-hand drive car with overdrive, made for the American market. Its summer 1962 build date also marks it as one of the later Le Mans to be built. It came into our hands in 1979 when Paul purchased it from its previous owner in Fort Collins, Colorado. Now, in the run up to SUNI 2014, we’re restoring it back to its former glory. With Wedgewood blue paint, new chrome and white wall tires, we’re proud to put it back on the road again, a rejuvenated being.